We the people are One! 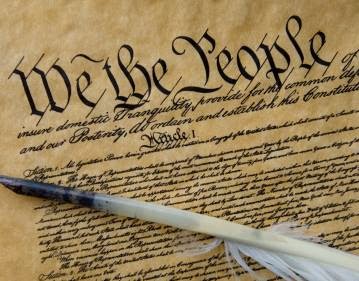 NO, this is the biggest lie, fraud, and crime on earth: We the people are NOT ONE (as an authority). The truth is: out of ONE (God, the Author, the one undivided still white Light) we are many. There is absolutely no dispute. This is reality and is Constitutional (from God, the ONE).

But a religion, just like your country is, Out of many we are One. The people is become as ONE and make them a name. And now nothing is restrained from them which they imagine to do. Every religion of the world is a corporation just like every country of the world. They are families. Every religion and every country is a creature of man, not a creature of God. God does not recognize your country or your religion. He only recognizes his creation.

You can have the Catholic Church of Canada, or of Turkey, or Germany, or England. They are corporations of the corporation. No different that Walmart in these countries. They are all creatures of the state and in turn a creature of man.

It is the 'Out of many we are one', that is prohibited by the first 3 commandments of God. It changes your God, your Identity and your Name.
The people involved in religions (and corporate countries) of any kind worldwide do not know this, but they are unknowingly the cause.

Without the many that make up the ONE, there is no ONE. No religion and no country.

Now that you understand what a religion is and what a country is, how is this used in the Swindle. And this again is genius. Everyone knows God is supreme, whether you believe in God or not. And everyone believes you are to obey the law of the land, the country unless it conflicts with the law of God.

Who the hell do you think constitutes this beings? Corporate persons of the country.

Now, how does this work in the Swindle. Well, you obey the law of the land unless it conflicts with the law of the country. So, you assume the law of God is higher, supreme. Not a chance in hell.

Everyone who is a partaker or member of a country or a religion of the corporation that is a creature of the country, has already placed themselves above the authority of God as God sitting in his seat of power. You have already violated the first 3 commandments of God. Making his law of none effect.

There is no Creator God in your country.
God does not recognize your country or your religions. These are made by human hands and skill. This is all idolatry, the most serious crime any man can commit. And the whole world does it, bar none.

The End of Poverty

Under the Authority of We

mascha Vdf roedelof (Het Bewuste Pad)
I’m a beholder of a totally new space. I long to live together on earth. So I do. I do not tax anyone in anyway. I’m sharing the Circle of Life from which we share free entrance to life together. We Are All Invited and We Are all Connected